On Air Now:
Brooke & Jeffrey In The Morning

On Air Now:
Brooke & Jeffrey In The Morning 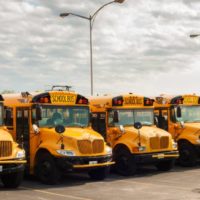 Leaders of the nation’s third-largest school district canceled classes for a third consecutive day amid negotiations with the Chicago Teachers Union over remote learning and other COVID-19 safety protocols. The teachers union voted this week to revert to online instruction, telling teachers to stay home starting Wednesday during the latest COVID-19 surge — just two days after students returned from winter break.  District officials had to cancel classes each day for students in the roughly 350,000-student district during negotiations, saying there’s no plan to return to districtwide remote instruction.

In a Thursday message to parents, district officials said classes would be canceled Friday but “in-person learning and activities may be available at a small number of schools” based on how many staff show up; a small percentage of teachers have continued to come to schools during what the district has labeled an “illegal work stoppage.” However, the offerings would vary from school to school, and some alerted parents earlier in the day that they wouldn’t have enough staff to have children and preemptively canceled.

Chicago Public Schools, like most other districts, has rejected a districtwide return to remote learning. District officials insist schools can safely remain open with protocols in place, however there was little sign Thursday that either side was softening. Issues on the table including more testing and metrics to trigger school closures.

Regina King mourns the loss of her son, musician Ian Alexander Jr., who died by suicide at age 26