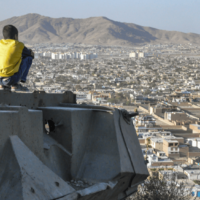 In an appearance before a House committee Monday, Secretary of State Antony Blinken defended the Biden administration’s handling of the withdrawal of U.S. forces from Afghanistan. Blinken testified in front of the House foreign affairs committee via video link during a hearing entitled “Afghanistan 2001-2021: Evaluating the Withdrawal and U.S. Policies.”

In his opening statement, Blinken reiterated that the scenes of chaos at the Kabul International Airport, where thousands of Afghans sought to flee from the Taliban, could not have been predicted. “Even the most pessimistic assessments did not predict that government forces in Kabul would collapse while U.S. forces remained,” Blinken said. “As General (Mark) Milley, the Chairman of the Joint Chiefs of Staff, has said, ‘Nothing I or anyone else saw indicated a collapse of this army and this government in 11 days.”

He added that the State Department was “able to draw down our embassy and move our remaining personnel to the airport within 48 hours. And the military — placed on stand-by by the president — was able to secure the airport and start the evacuation within 72 hours.” The result was “one of the biggest airlifts in history, with 124,000 people evacuated to safety,” said Blinken, followed by massive efforts by U.S. personnel to house and process tens of thousands of Afghan refugees.

The House committee hearing is just the first among what is expected to be a series of congressional probes of the Afghanistan withdrawal this week. Blinken will also appear before the Senate foreign relations panel on Tuesday.

Netflix confirms ‘Tiger King 2’ is on the way