On Thursday, the Virginia Supreme Court ruled that state law does not ban Charlottesville from removing Confederate statue. At issue was the Confederate statues of Robert E. Lee and Thomas J. “Stonewall” Jackson, which white nationalists rallied to protect in an August 2017 rally in Charlottesville, Va. One White supremacist plowed his car into the crowd and killed counter-protester Heather Heyer, 32, as well as injuring 19 others.

The City Council had moved to re-designate parks named for Lee and Jackson and remove statues in February 2017. Charlottesville placed black tarp over the statues after the deadly rally in mourning for lives lost, resulting in a lawsuit. Plaintiffs alleged violation of state law against moving or interfering with the statues. However, the Supreme Court of Virginia overturned the circuit court order, which had sided with plaintiffs, and vacated the lower court’s awarded damages and attorneys’ fees. The Virginia Supreme Court found that state law does not ban removal of statues. 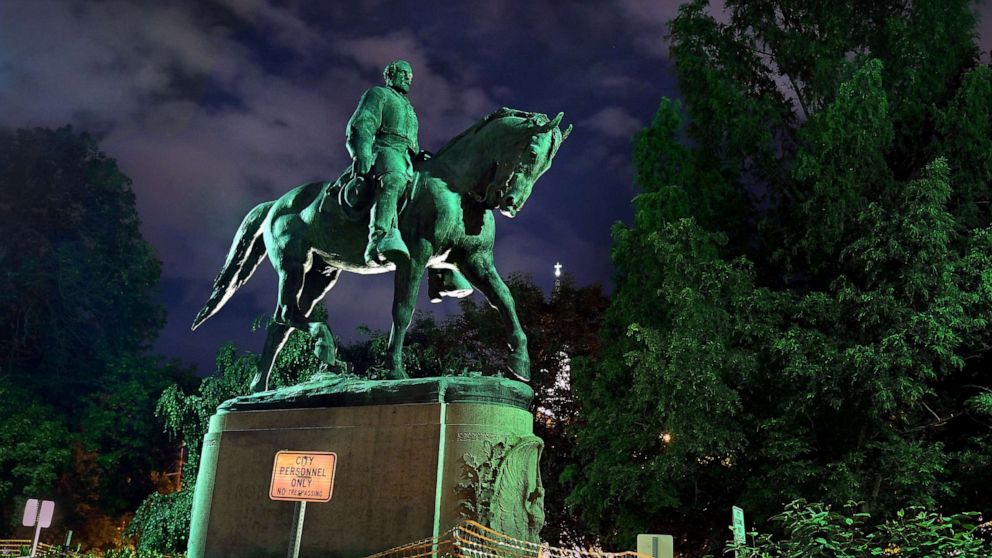 Via abcnews.go.com
The Virginia Supreme Court has ruled that Charlottesville can remove two statues of Confederate…
04/01/2021 4:54 PM

Netflix renews ‘Bridgerton’ for Seasons 3 and 4